Students can show their support for the Patriots in the Superbowl by wearing red, white, and blue, or Pats gear on Friday, Feb 3rd! 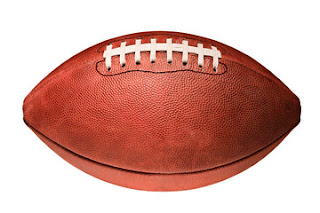 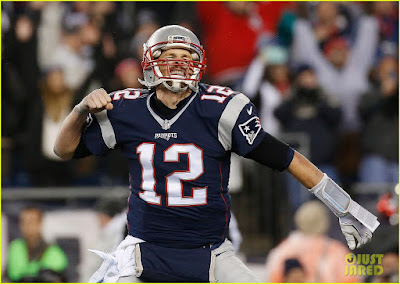 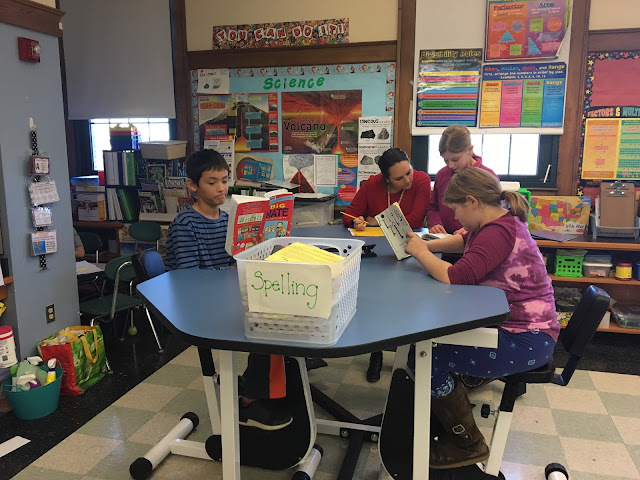 Why is Movement So Important ?
Read More to Find Out! 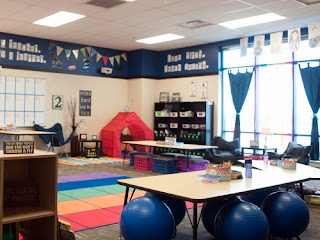 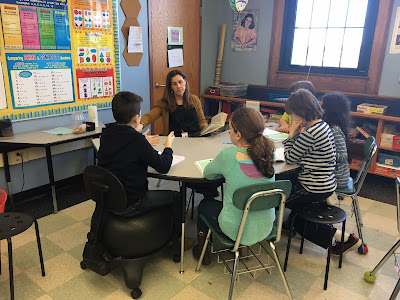 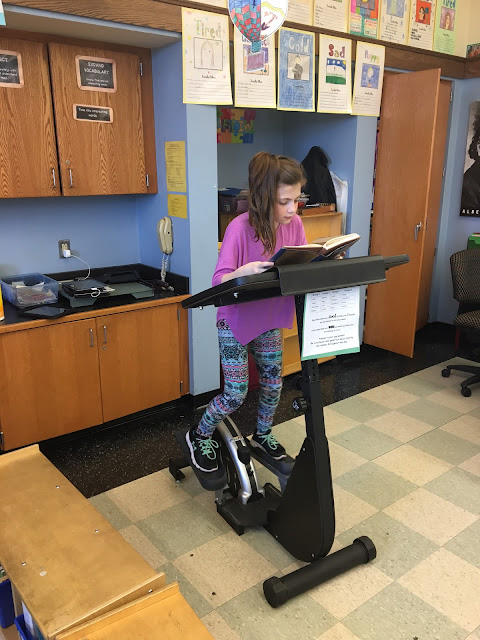 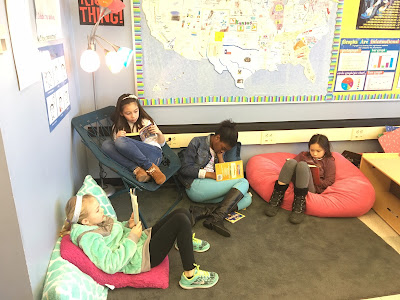 Why Is Physical Activity So Good for Your Brain?

Exercise improves the structure, function, and connectivity of your brain.
Neuroscientists around the globe agree that physical activity is the best medicine to maintain brain health throughout your lifespan. Why is physical activity so good for your brain?
There are many reasons that exercise is good for your brain. These include: increased blood flow, which improves cerebrovascular health; the release of neurotrophic factors like BDNF, which stimulates the growth of new neurons; and the benefits of glucose and lipid metabolism which bring nourishment to the brain.

Aerobic Fitness in Children Linked to White Matter Integrity
The first new study (link is external) from the Beckman Institute, “Aerobic Fitness is Associated with Greater White Matter Integrity in Children,” was published August 2014 in in the open-access journal Frontiers in Human Neuroscience. In this study U. of I. kinesiology and community heatlh professor Charles Hillman, postdoctoral researcher Laura Chaddock-Heyman and their colleagues found that physically fit children had more fibrous and compact white matter tracts in the brain than their less fit peers.  In a press release, University of Illinois researcher Laura Chaddock-Heyman said, "Previous studies suggest that children with higher levels of aerobic fitness show greater brain volumes in gray matter brain regions important for memory and learning. Now for the first time we explored how aerobic fitness relates to white matter in children's brains."
Chaddock and her colleagues used a technique called diffusion tensor imaging (DTI) to look at five white matter tracts that play a role in attention and memory. The findings revealed significant fitness-related improvements in the integrity of several white matter tracts.
For this study, the researchers didn't specifically test for cognitive differences in the children. A wide range of studies over the past decades have found a link between aerobic fitness levels, improved cognitive function, and higher academic test scores. "Previous studies in our lab have reported a relationship between fitness and white matter integrity in older adults," Kramer said. "Therefore, it appears that fitness may have beneficial effects on white matter throughout the lifespan."

Avoiding a Sedentary Lifestyle Benefits White Matter Integrity As You Age
The second new study (link is external) from the Beckman Institute, “Physical Activity and Cardiorespiratory Fitness Are Beneficial for White Matter in Low-Fit Older Adults” was published September 2014 in the journal PLOS ONE. Postdoctoral researcher Agnieszka Burzynska conducted the research with Art Kramer and kinesiology and community health professor Edward McAuley.
In this study, the researchers found a strong link between the structural integrity of white matter tracts and an older person's level of daily activity. Interestingly, it wasn't the extent to which the person engaged in moderate or vigorous exercise, but simply if someone spent most of the day being sedentary. Avoiding a sedentary lifestyle can have dramatic effects on your brain health by maintaining the integrity of your white matter throughout a lifespan.
Hippocrates was right when he said, “Walking is man’s best medicine.” Art Kramer has spent decades researching the brain benefits of physical activity. In a recent conversation, Kramer said that the best news about the latest findings is that you don’t have to be running marathons or winning triathlons to reap the brain benefits of physical activity. I agree.
In our conversation, Art Kramer and I spoke about the difficulty of motivating people to break a sweat. He emphasized that the most exciting aspect of this new study is that it shows that the real enemy is sedentarism. This study indicates that just a little bit of movement every day helps preserve the integrity of your brain’s white matter.

Conclusion: Physical Activity Improves Brain Health and Cognitive Function at Any Age
These results come at a critical time. In a digital age, our society has become increasingly unfit and sedentary. As the father of a 6-year-old, I am passionate about public health and education policies that affect children's brain health and overall development.
As adults we can make daily lifestyle choices that include physical activity. Unfortunately, most children are subject to policies that tend to reduce or eliminate opportunities for physical activity during the school day.
Reducing the time and availability for children to be physically active during the school day could have negative impacts on the integrity of white matter tracts, which might reduce brain efficiency and could lead to lower test scores.
One of the most interesting findings from recent research is that white matter microstructure in the corona radiata is linked to mathematics performance (van Eimeren et al., 2008 (link is external)). Ironically, in an attempt to prepare children for the Common Core Standards and No Child Left Behind testing by forcing them to sit still in a chair we may actually be sabotaging a child's brain from optimizing white matter integrity.
Laura Chaddock-Heyman and co-authors sum up the importance of physical activity in the conclusion of their study when they say, “In fact, our study raises the possibility that greater white matter integrity, perhaps via greater myelination, is one pathway by which higher fit children excel in cognitive and academic performance compared to their less fit peers. Hopefully these findings will reinforce the importance of aerobic fitness during development and lead to additional physical activity opportunities in and out of the school environment.”


If you'd like to read more on this topic, check out my Psychology Today blog posts:

The Lincoln School Green Team is planning a Waste Free Day at Lincoln for on Tuesday, Jan. 31st and we are asking all Lincoln School members to try to pack snacks and lunches that generate trash as little waste as possible - preferably none!  The Lincoln School Green Team is encouraging everyone to use as many reusable containers as possible.  For example, if you bring food in plastic baggies, please consider returning the baggies home to be reused.  Other suggestions for your consideration include: using a thermos; reusable water bottle; reusable lunch bags; packing snacks that do not have a lot of packaging; etc.  Please talk about it with your family, we bet you can think of many more ways to have a zero waste lunch and snack.
We recognize that students getting school lunch will be limited in what they can do - but we are asking for everyone’s extra efforts to recycle properly and return any unopened food items to the lunch counter if they came from a school lunch.

Please join us in being Waste Free on Tuesday, Jan. 31st.


Third Grade Families - Please Join me for a Coffee This February! 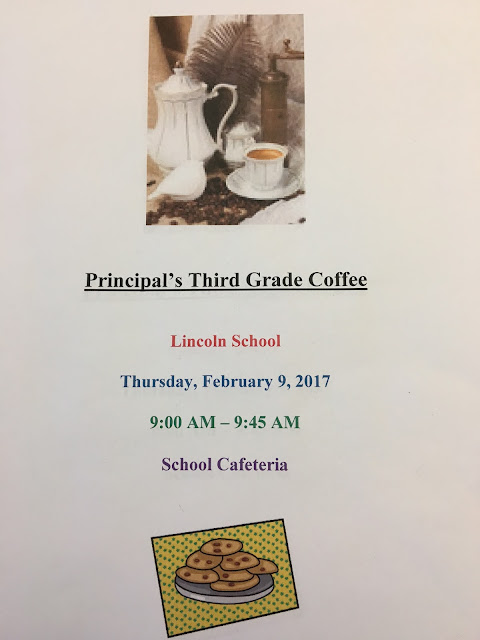 A Royal Reader from Ms. Zingarelli-Adams Kindergarten Classroom  read The Paper Bag Princess and then the children decorated their own paper bag costumes, similar to what the princess wore in the book. 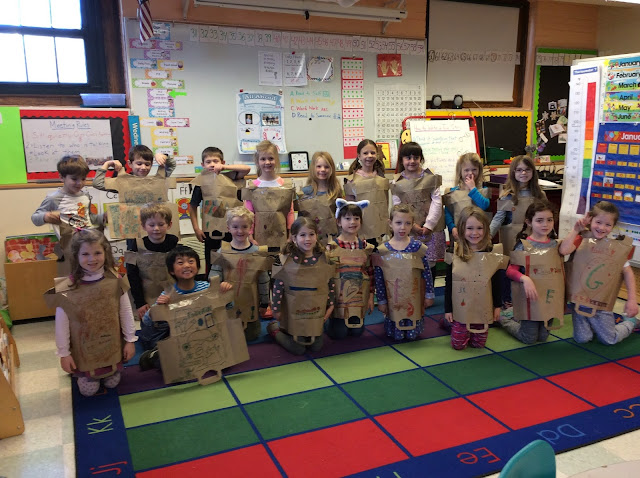 Lilu - Acrobat Presentation
Thank you To the LSPA For bringing this and MANY other wonderful performances to Lincoln School! 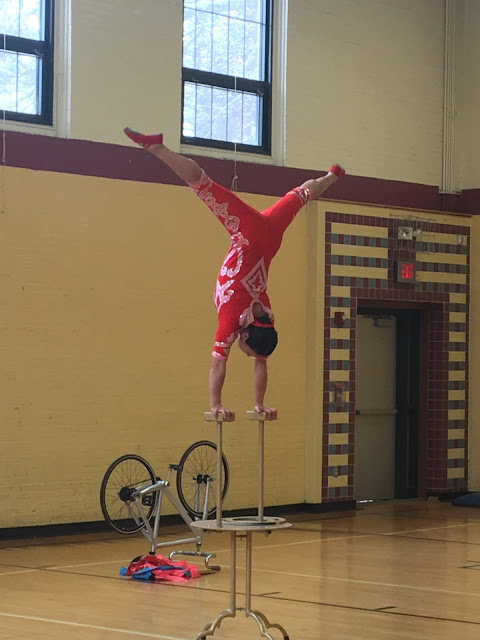 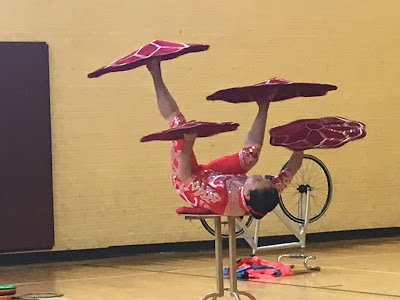 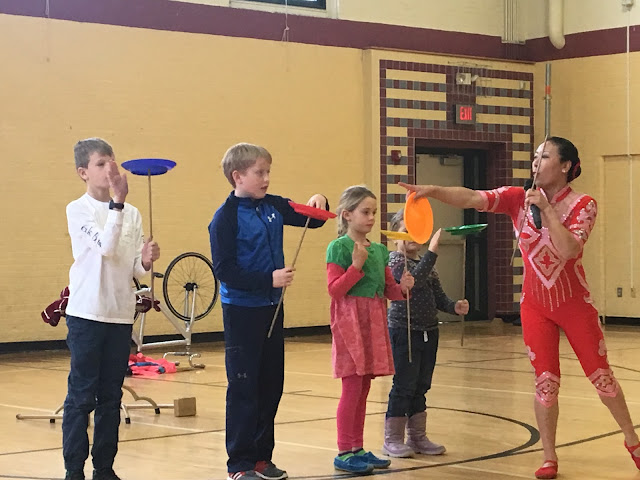 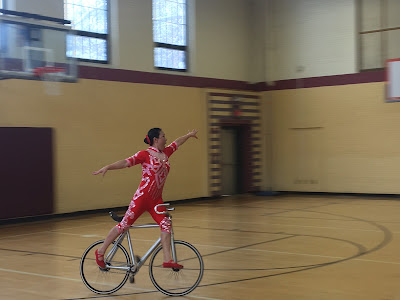 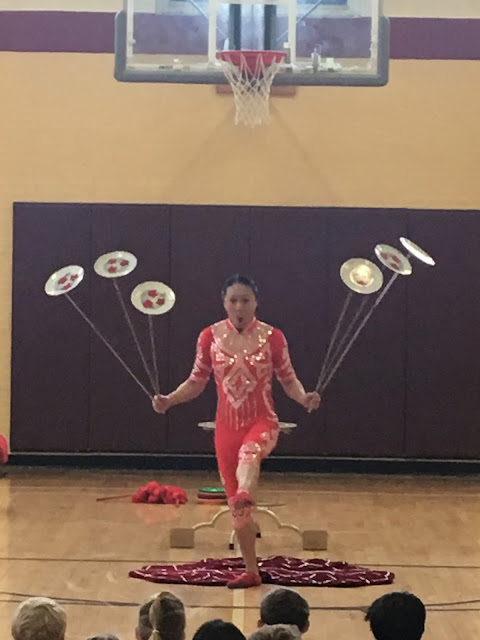 A Beautiful Winter Concert by Our Students in Grades 3 -5 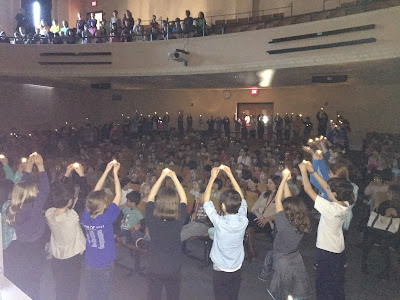 Thank You Ms. Garciano for all of your hard work and commitment with our students!

Lincoln Students and Their families Attend the Bruin's Celebration with Singing and Lots of Fun Had by All! 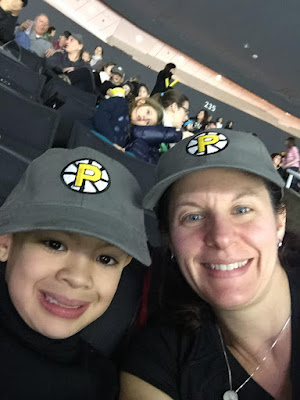 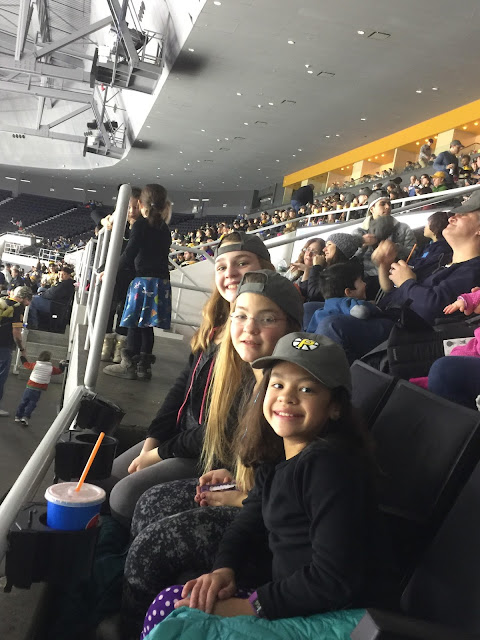 Thank You Ms. Garciano for organizing this special day for Lincoln families.
Posted by Kelly Clough at 10:50 AM 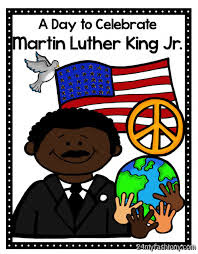 The Winchester Multicultural Network (WMCN)'s annual celebration of Dr. Martin Luther King, Jr.'s birthday will be Monday, January 16 from
3:30 PM -5:00 PM in Metcalf Hall at the Unitarian Church.   Please enjoy seeing many of our Lincoln Student's contributions to this special celebration.
Posted by Kelly Clough at 10:19 AM 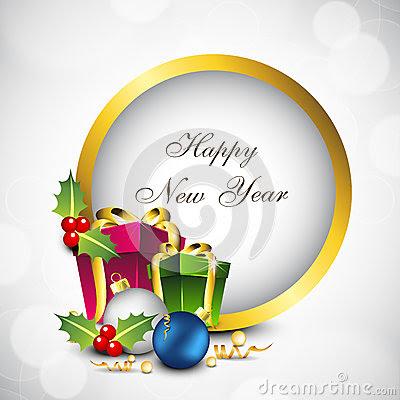 Please join us for our
WINTER CONCERT

Families, please mark you calendars for the Gr. 3 - 5 Winter Concert on January 11 at 7:00 pm.  Students should dress nicely for this special occasion and should go to their classrooms at 6:45 pm. They have some very special songs prepared for you.  For safety reasons, siblings who are not performing should sit with their families.  Please do not exit the auditorium until all three grades have performed.

Would you like to learn how to create a newspaper for Lincoln School?  Do you like to write, create word puzzles, games, draw cartoon characters, or take photographs? Perhaps you like conducting surveys or interviewing staff and and students about different topics of interest!  Maybe you are interested in doing a book review or researching an important issue.  If so, you should join our school newspaper!  There are many different kinds of roles and responsibilities to creating a newspaper - Come share your ideas and learn what it takes to produce a school newspaper!

The school newspaper will begin meeting on January 11, each Wednesday from 3:00 PM - 4:00 PM in the school library.  The newspaper club will be run by Ms. Clough as part of our Extended Day Program.  Ms. Costello will also assist us with the creative aspects of design and layout of the paper.  Students in grades 4 and 5 are welcome to join.  There is room for 20 students, approximately 10 from each grade.   We expect to meet from January - April and produce our first edition in the spring.  Students from the Winchester High School Newspaper will also be working with us.

Parents can sign up students through The Extended Day Program.  Please contact Tracy Collins if you have further questions.

Please Join Me for A Principal’s Coffee
Grade 2 Families